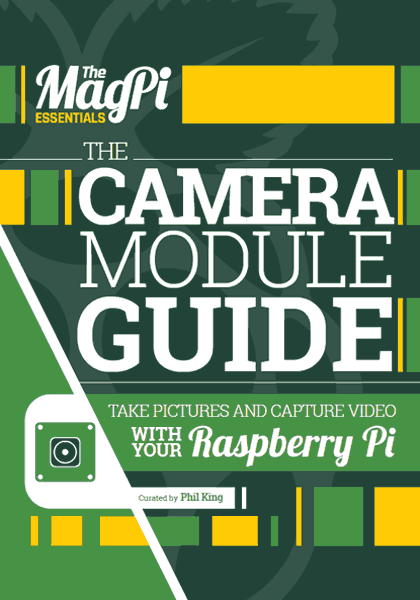 One of the most popular add-ons for the Raspberry Pi, the official Camera Module turns your favourite singleboard computer into a powerful digital camera.
Launched back in 2013, the original Camera Module was succeeded by the higher-spec v2 in April 2016. Even the tiny Pi Zero now has a camera connector, enabling the creation of even more amazing projects. In this book we’ll show you how to get started with the Camera Module, taking photos and videos from the command line and writing Python programs to automate the process. We’ll reveal how to create time-lapse and slow-motion videos, before moving on to exciting projects including a Minecraft photo booth, spy camera, and bird box viewer. There are just so many things you can do with a Raspberry Pi and Camera Module!