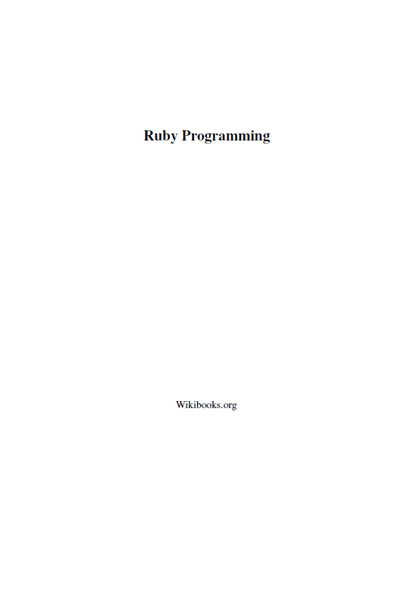 Ruby is an object-oriented scripting language developed by Yukihiro Matsumoto ("Matz"). The main web site for Ruby is ruby-lang.org. Development began in February 1993 and the first alpha version of Ruby was released in December 1994. It was developed to be an alternative to scripting languages such as Perl and Python. Ruby borrows heavily from Perl and the class library is essentially an object-oriented reorganization of Perl's functionality. Ruby also borrows from Lisp and Smalltalk. While Ruby does not borrow many features from Python, reading the code for Python helped Matz develop Ruby.
Mac OS X comes with Ruby already installed. Most Linux distributions either come with Ruby preinstalled or allow you to easily install Ruby from the distribution's repository of free software.
You can also download and install Ruby on Windows. The more technically adept can download the Ruby source code and compile it for most operating systems, including Unix, DOS, BeOS, OS/2, Windows, and Linux.