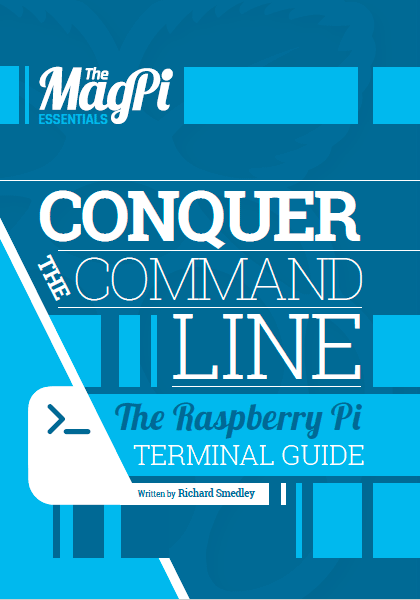 Sometimes only words will do. Graphic user interfaces (GUIs) were a great advance, creating an easy route into computer use for many non-technical users. For complex tasks, though, the interface can become a limitation: blocking off choices, and leaving a circuitous route even for only moderately complicated jobs.
(Re-)Enter the command line: the blinking cursor that many thought had faded away some time in the 1990s. For getting instructions from user to computer - in a clear, quick and unambiguous form - the command line is often the best way. It never disappeared on Unix systems, and now, thanks to Raspbian on the Raspberry Pi, a new generation are discovering the power of the command line to simplify complex tasks, or instantly carry out simple ones.
If you’re not comfortable when faced with the $ prompt, then don’t panic! We’ll quickly make you feel at home, and able to find your way around the terminal on the Pi, or any other GNU/Linux computer: getting things done, and unlocking the power of the command line.